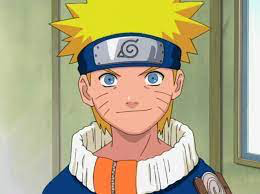 Is Naruto Worth Watching

Yes, Naruto is absolutely worth watching. With 500 total episodes and millions of fans all over the world, the series is not famous for nothing. In addition, the Naruto series came out in 1999 and finished in 2014, which makes it 15 years long. The Naruto series is named after Naturo Uzumaki, who is the main protagonist of the series. It is about his journey from being a ninja-in-training, to becoming one of the most recognized ninja in his world, and eventually the Hokage. The Hokage, the village leader and protector, is the strongest ninja in the village. Whoever is the Hokage will be the one to defend the village and keep it (and its civilians safe) should it be under attack. His story is charming and relatable to many who keep up with the series because he is not a perfect—but flawed—character. He is not the best ninja, but he has a strong will and determination to make it out on top and become the best. His character, the underdog-becoming pack leader story is relatable to many and inspires the readers of the series to never give up. 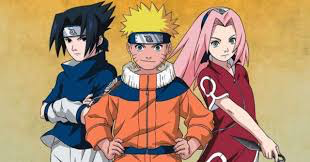 History and Story of Naruto

The story of Naruto, short for Naruto Uzumaki, begins when he is training to become a ninja in one of the major villages in the Naruto world—the leaf village. Him, Sasuke, and Sakura are three close friends in their ninja class. Sasuke, the intelligent and strong student; Sakura, the academic and strong student, but not as strong as Sasuke; and Naturo, the student that performs poorly on exams and is not a smart fighter. All three ninjas-in-training dream of becoming Hokage, the village leader, someday. During the series, we see the development of each of these three characters. Sasuke’s hunger for power and revenge at no matter the cost brings him into the dark side, in contrast to Naruto’s sense of justice and righteousness. Naruto also harnesses the power of a strong mythical beast named Nine Tails sealed within him. In the beginning, Naruto was unable to control the power of Nine Tails, which made him unpredictable and prone to hurting anyone in his path—friend or foe. As the series develops, he grows stronger and is able to tame the power to the point where he doesn’t get overwhelmed or lose control. Throughout the series, Naruto goes on ninja missions where he gains life lessons and fighting experiences that eventually result in him being strong enough to accept the responsibility of achieving his dream of being the village Hokage. Towards the end of the series, he even settles down and has children of his own.

Naruto’s fanbase extends to the millions globally. It’s manga sales surpass 200 million, and that’s just the manga sales. There’s no surprise that the extreme popularity of the Naruto series has kept it going strongly for 15 years. Naruto’s fanbase is not only in Japan, but extends worldwide as well. The manga series and anime adaptation have been translated in different languages all over the world. Naruto fans endearingly call themselves Narutard. There are many forums, websites, influencers, and real-life references to the series because of how popular it has become. In popular anime conventions such as Fanime or Anime expo, one can expect to see at least a few Naruto cosplays if not attendees cosplaying Naruto himself. Not every Naruto fan expresses themselves so openly, however. There is a high chance that someone that you know, and never expected, could be a Naruto fan. 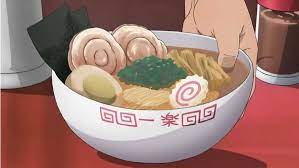 Naruto’s cultural impact expands worldwide. Elements from the series are revered globally. One of the most popular things we see are the ninja headband, with the leaf village emblem on it because Naruto is from the leaf village. Another cultural element is the global popularization of the Ichikaru ramen, and especially the narutomaki. The narutomaki is a type of fish cake that is white and has a telltale pink swirl on it, cut into thin slices and placed on top of ramen. Funnily enough, the name does not derive from the Naruto series. Rather it is said to have taken inspiration from the whirls from “Naruto whirlpools.” However, it is more commonly associated with the Naruto series in modern day. Finally, Naruto is one of the few anime series caught on by the west and loved (with Dragon Ball Z being the first). Naruto’s popularity has even spread to having its own dedicated Naruto theme park in Japan and a real-life Ichikaru ramen shop, where patrons can enjoy real life versions of their favorite manga and anime series. Ultimately, Naruto’s cultural impact and name has transcended cultural barriers and blended the world of fantasy and reality that many fans will look back fondly of and remind themselves of how the spirit of Naruto has enlightened and inspired them to never give up.